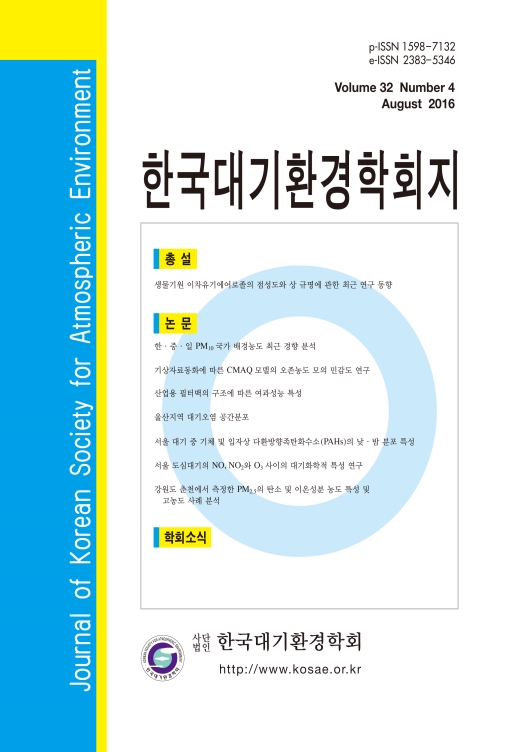 The goal of this research is to examine the recent decade-long (2000~2014) trends of national background concentrations over China, Japan, and Korea. Based on the Long-range Transboundary Air Pollutants in Northeast Asia(LTP) project, which is three-party collaboration project among three countries, we investigated the long-term trends of national background PM10 concentrations in three countries over the recent 15 years, including the 2008 Beijing Olympic Game period. In accordance with the agreement among three countries, a total of 8 national background sites: three national background monitoring sites in China (2 sites in Dalian, and 1 in Xiamen), three sites in Korea (Ganghwa, Gosan, and Taean), and two sites in Japan (Oki and Rishiri), were chosen for the trend analysis.
The results showed that Chinese background concentration recorded the highest level overall. However, the rapid declining recent trends of annual median (50<SUP>th</SUP>-percentile) values were surprisingly detected since 2006 or 2007 in every site in China, with the most rapidly decreasing rate (- 18.6±10.3%/year) over 2006~2007, and the second most rapidly decreasing rate (- 18.0±1.5%/year) over 2007~2008. Based on the previous statistical literature, we concluded that this declining trends were due to the emission reduction of PM10 concentrations in China for 2008 Beijing Olympic Game. In Korea, Ganghwa was also showing the decreasing trends over the recent years since 2006, which is also well accorded with the decreasing period of Chinese background concentrations. Taean also implied some impact of Beijing Olympic Game, showing small but detectable decreasing trends, while Gosan showed the increasing tendencies probably due to the near-urban influences. However, since 2012, most sites in both China and Korea showed strong increasing trends, undoubtedly implying the increasement of both emission in China and its long-range transport process toward Korea. Two sites in Japan, Oki and Rishiri recorded the lowest level of PM<SUB>10</SUB> level during whole period with the smallest deviations of measurements. Other discussions including the decade-long trends of 5<SUP>th</SUP>, 10<SUP>th</SUP>, 25<SUP>th</SUP>, 50<SUP>th</SUP>, 75<SUP>th</SUP>, 90<SUP>th</SUP>, 95<SUP>th</SUP>-percentiles of PM<SUB>10</SUB> background concentrations in three countries were also comparatively addressed here. #Background Concentration #PMSUB10/SUB concentrations #Long-range Transboundary Air Pollutants inNortheast Asia (LTP) project